The combined effects of prenatal alcohol exposure and childhood trauma: findings from a four-year research project at the University of Salford.

Foetal alcohol spectrum disorder (FASD) is the range of conditions that can be caused by prenatal alcohol exposure (PAE). People with FASD can have a wide range of physical and mental difficulties, especially with planning, attention, impulsivity, coordination, social communication, emotional arousal, and memory. These difficulties can impact daily living, school, work, social relationships, and long-term health and wellbeing. In the UK, it is estimated that at least 3%, and possibly up to 17% of the population would qualify for a diagnosis on the foetal alcohol spectrum, although the majority will never be diagnosed. FASD has been known about for several decades but does not yet receive appropriate attention in schools and universities, meaning that many doctors, teachers, social workers and other professionals are not trained to spot the signs of FASD. This can leave children and adults with FASD struggling with the academic and social demands of everyday life without the support they need. Unsupported, people with FASD are more likely to be excluded from school, lose their job, struggle with addictions, and be convicted of a crime. FASD is thought to be especially common in looked after and adopted children and care leavers. Many of these individuals also have histories of traumatic experiences such as abuse or neglect in early childhood, which are also known to lead to developmental difficulties similar to those seen in FASD.

I came to the University of Salford in 2015 to conduct research on the combined effects of PAE and childhood trauma. The project was offered as a funded PhD in partnership with the National FASD clinic in Surrey. I had just completed my degree in psychology and already had some experience in alcohol research, but like many others I had never heard of FASD. The first stage of the project was a thorough review of the published literature on FASD and trauma. I was surprised to see that very little research had been published on the combined effects of both exposures, only five studies in fact, but there did seem to be an interesting pattern of results emerging. Taken together, the studies suggested that children with both PAE and trauma were functionally similar to children with just PAE but tended to have more difficulties than children with just trauma. This suggests that, where children have both exposures, PAE is more likely to be the primary driving force behind those children’s difficulties. The published studies had tended to focus on speech, language and communication, but other areas of functioning still needed to be addressed. Therefore, during the next stage of the project I conducted studies into brain functioning, intelligence, working memory (the ability to hold and manipulate information in the short-term), inhibitory control (the ability to stop oneself from performing an action that feels natural), empathy (an understanding of the perspective and emotional state of other people) and behavioural difficulties in children with PAE, about half of whom also had a history of trauma. I was interested to see whether the children with both exposures had similar or more severe difficulties than the children with just PAE.

Since FASD is largely a hidden condition, I suspected that recruitment of participants would be challenging. Most of my participants were recruited via social media, especially online FASD support groups, which had been set up by families affected by FASD to provide mutual support and information. In order to access as many participants as possible, I used an anonymous online questionnaire to ask parents and carers about their children’s PAE, trauma, empathy and behavioural problems. The strategy worked, and 245 parents or carers completed the questionnaire, many more than I had expected. As well as UK respondents, many were from the United States and Canada, which reflected the populations of the online support groups. To make as much use as possible out of the participants, I invited the UK respondents to bring their children in for some further assessments. Many of the families lived outside of the Greater Manchester area where we are based, and I only had funding to offer £10 for travel expenses, but an amazing 25 families affected by FASD came into the university, some travelling hundreds of miles at their own expense to get here. In the lab, I used a brain-imaging technology called functional near infra-red spectroscopy (fnirs) to look at brain activity, a standard IQ test to measure intelligence, and puzzles to assess working memory and inhibitory control. Finally, I also conducted interviews with 12 parents and caregivers, to explore their experiences of raising a child or children with FASD.

The results of the questionnaire and lab studies between them supported the findings of the literature review. Children with both PAE and trauma had similar brain activity, intelligence, empathy, inhibitory control, and working memory to children with just PAE. In terms of behavioural difficulties, children with both exposures had a slight tendency to have more severe conduct problems than children with just PAE, but their emotional functioning was similar. The studies also showed that children with PAE have high levels of childhood trauma, severe behavioural difficulties and poor empathy compared to typically developing children, although intelligence, working memory and inhibitory control were within the average range. In the interviews, parents’ experiences were fairly consistent, and there was little difference between the experiences of parents of children with and without trauma. I asked parents about their children’s behavioural difficulties, which I expected would be described as stress inducing. This was the case, although parents also described many positive experiences. However, even though I didn’t specifically ask, every family described some level of stress caused by dealing with service providers. Doctors and other healthcare workers often didn’t understand and were unable or reluctant to diagnose FASD. Adoption agencies and social workers were accused of playing down the impact of PAE in order to secure a placement, then leaving families to deal with FASD with no specific support or training. Parents and children were offered services designed for trauma and attachment issues, even when children had no history of trauma. There was a widespread lack of understanding and lack of services designed to deal with FASD, and this seemed to be the most stressful part of their experiences.

Taken together, the results of the published studies, questionnaires, lab studies and interviews show that children with both PAE and a history of trauma appear to function similarly to children with just PAE and tend to have more severe difficulties than children with just trauma. Therefore, the difficulties seen in children with both of these exposures seem to be primarily caused by PAE rather than childhood trauma. Based on these findings, my recommendation would be that children seen in care, school, or in a medical setting, who have both PAE and a history of trauma, should be thought of more as a child with FASD than a child with a history of trauma. The trauma absolutely should not be overlooked, as it will definitely have had an impact, but in terms of interventions, therapies and strategies, those designed specifically for FASD may be more effective than those designed for trauma. These conclusions have led to a new project; my colleagues and I are currently developing a parent training programme designed specifically for FASD issues, something which is currently missing in the UK. The full thesis is available in the University of Salford institutional repository.

Alcohol and pregnancy are a dangerous mix. The physical effects of alcohol on a developing foetus are well known and potentially devastating. It is known to impact physical development – causing stunted growth, craniofacial abnormalities, reduced head and brain size, sight and hearing problems, and limb and organ defects. Foetal alcohol exposure causes problems in cognitive and psychological functions such as learning, speech and language, memory, attention, inhibition, social cognition, planning, motor skills, attachment, and behaviour. The name given to the range of outcomes caused by prenatal exposure to alcohol is foetal alcohol spectrum disorder (FASD).

Children who are exposed to alcohol prenatally are also at risk of what has been described as a case of double jeopardy: they are much more likely to experience adverse environmental experiences during the first months and years of development. These experiences can include neglect of daily care, abandonment, and emotional, sexual and physical abuse. The effects of such experiences can compound the effects of prenatal alcohol exposure, as they impact development in a similar way. Maltreatment such as neglect and abuse, especially if this is prolonged and lasts beyond the first six months of life, can have a significant impact on attachment, cognitive, psychological and social development and even physical growth. 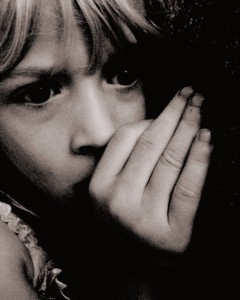 By D Sharon Pruitt [CC BY 2.0 (http://creativecommons.org/licenses/by/2.0)], via Wikimedia Commons

To make matters worse, children who suffer maltreatment during early childhood miss out on normal attachment development. This can seriously impact their own parenting skills as adults, and lead to dysfunctional attachment behaviour if and when they become parents themselves. Those who suffer from foetal alcohol spectrum disorders are more likely to develop alcohol misuse issues, and are more likely to be involved in risky sexual behaviours. This can increase the risk of unplanned pregnancies, and so the cycle can be self-perpetuating.

Forthcoming research on FASD and neglect

The effects of a) prenatal alcohol exposure and b) early childhood maltreatment are well documented, but there is a surprising lack of research into their combined effects. My research will address this gap, first of all by conducting a systematic review into all published studies into the combined effects of prenatal alcohol exposure and early childhood maltreatment. I am currently writing up the results of this review for publication. It found only six articles on the subject, four of which used experimental methods to assess the impact of both issues. The main finding of these four articles is that speech and language deficits are more likely in children with both issues, compared to children with one or the other. 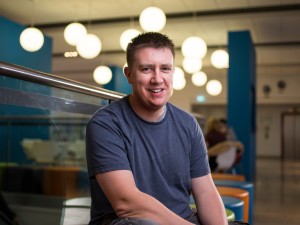 There are several other aspects of cognitive development that are yet to be addressed in this population, and so the next stage of my research will assess deficits in social cognition and executive function – two of the most prominent areas of deficit in children with foetal alcohol spectrum disorders and in children with a history of maltreatment. I aim to study these deficits using a combination of caregiver reports and behavioural tasks conducted in a lab at the University of Salford. I am also planning to incorporate a measure of brain activity using functional near infra-red spectroscopy (fNIRS) – a non-invasive technology that uses light waves on the near infra-red spectrum to measure blood movement in the cerebral cortex – the outer layer of the brain. This technology is especially useful in samples of young children, and this will be the first time fNIRS will have been used in this population.

I am currently in the process of applying for ethical approval, and hope to begin data collection soon.