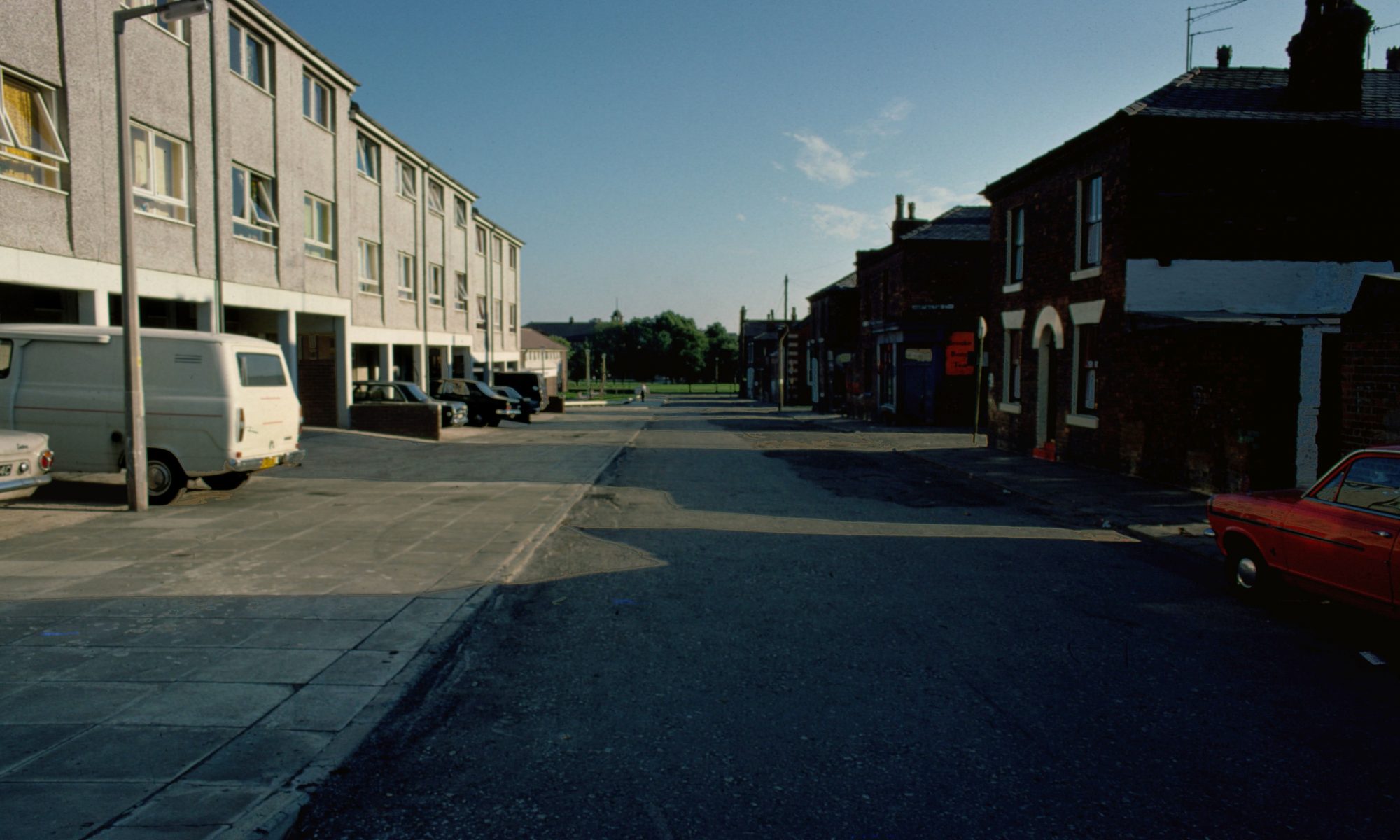 What better way to picture the ‘two faces’ of Salford in the 1960s? On this photograph we see of the older, probably Victorian, terraced housing directly facing its modern counterpart. This photo is from the University’s Changing Face of Salford Archive, which was a film made by Michael Goodger, a lecturer at the University, about the clearances of Salford’s terrace housing in the late 1960s. It was probably taken in the Orsdall area but we are not sure. If you do know, make sure you post a comment below!

What I love about this photo is how the old and new housing are depicted as if ready to do battle. The modern houses are putting up a solid united front. The modern is no match for the older terraces, which appear stoic and grounded but also isolated which each row fighting for survival on their own. The way the light falls on the scene helps to illuminate the modern whilst the old terraces are cast into the shadows.

Do you know this? Maybe you lived there or know someone who did, or perhaps you lived somewhere similar? Let us know.