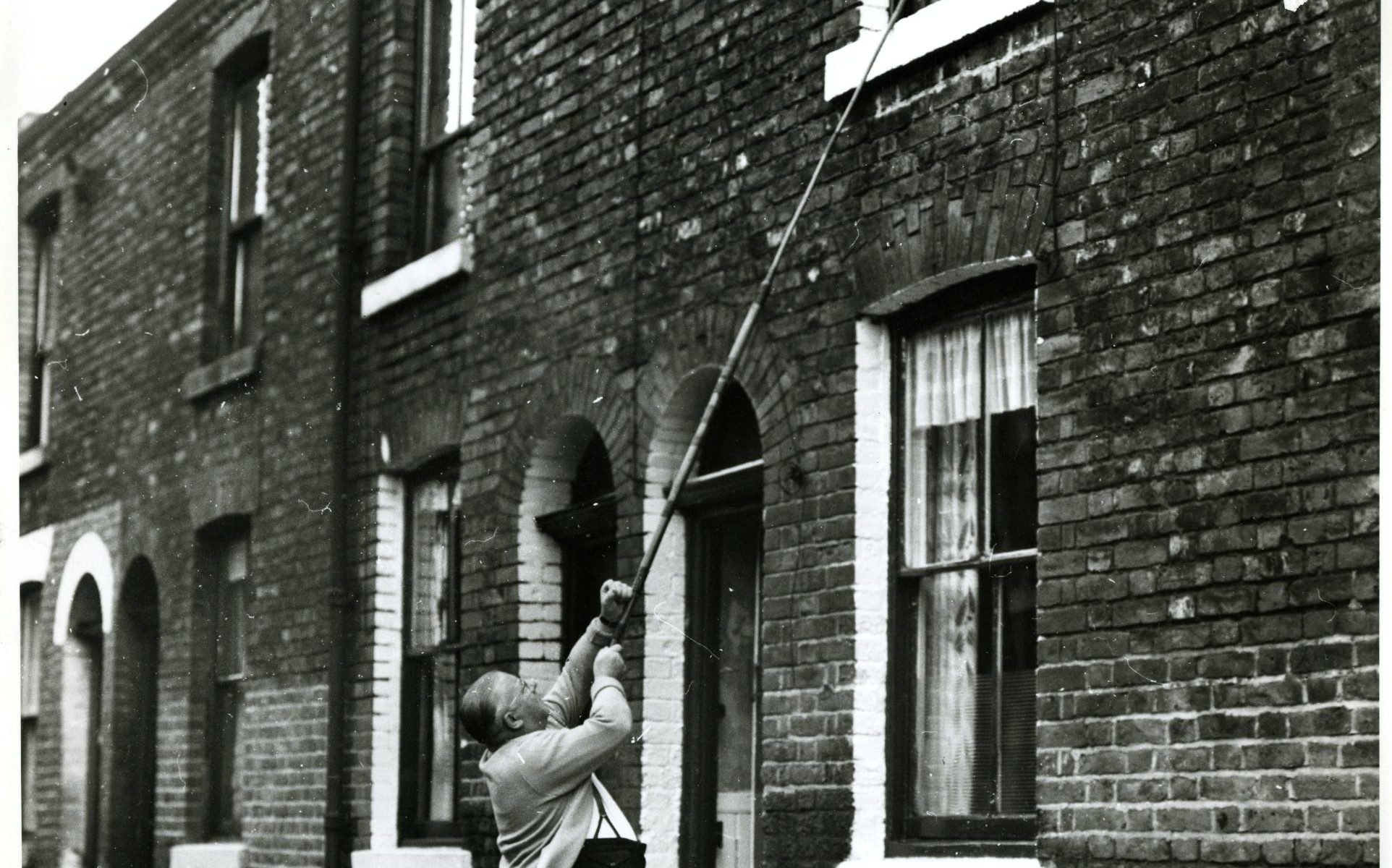 The Knocker-upper in this image was asked to wake people up before alarm clocks were commonly used. He would knock at bedroom windows with a long stick or pea shooter so that people would be able to go to work on time. It seems that this service was mostly offered by older men and women.

This photo shows a house on Raby Street in Moss Side, Manchester. Does anyone remember a knocker-upper in Salford? Was there a similar person offer this service between the 1950s and 70s? I can imagine a lot of funny stories about people not waking up or windows being broken. If you have any, please share them with us.