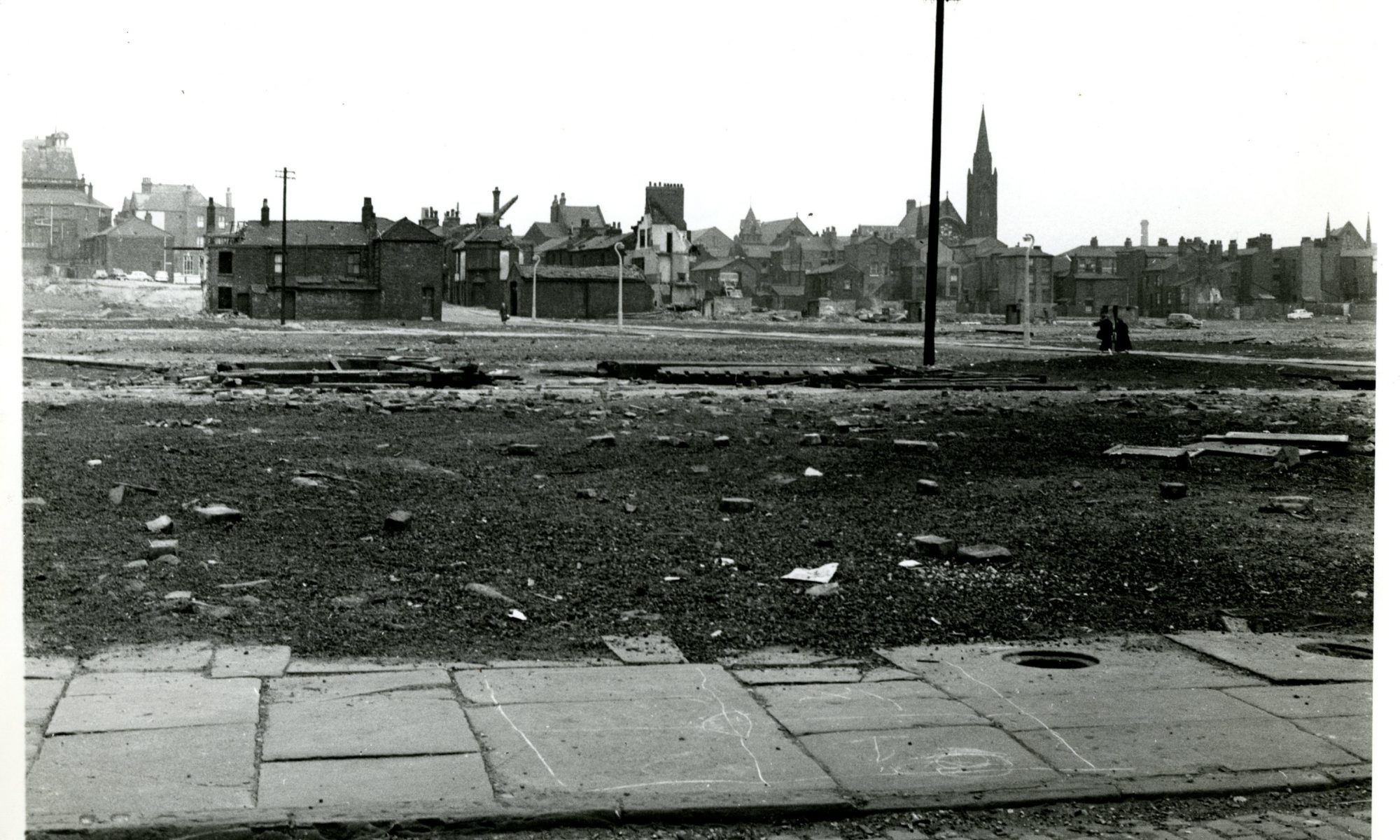 This photo from the Walter Greenwood Collection in the University of Salford Archives shows Hanky Park after the brick terraced homes were demolished. The church in the background seems to be St Paul’s church. The photo was probably taken around 1965.

What makes the atmosphere so eerie are the chalk drawings on the pavement next to manholes with missing covers and the telegraph pole without wires. The two people in the right-hand-side background wear black which enhances the atmosphere. Some houses are half-demolished and reveal some interior walls – am I too dramatic in saying that the building exhibits the remnants of the private life of its inhabitants?

Does anybody have any memories of this place and of what was there before? Can you identify the street where the photo was taken from?