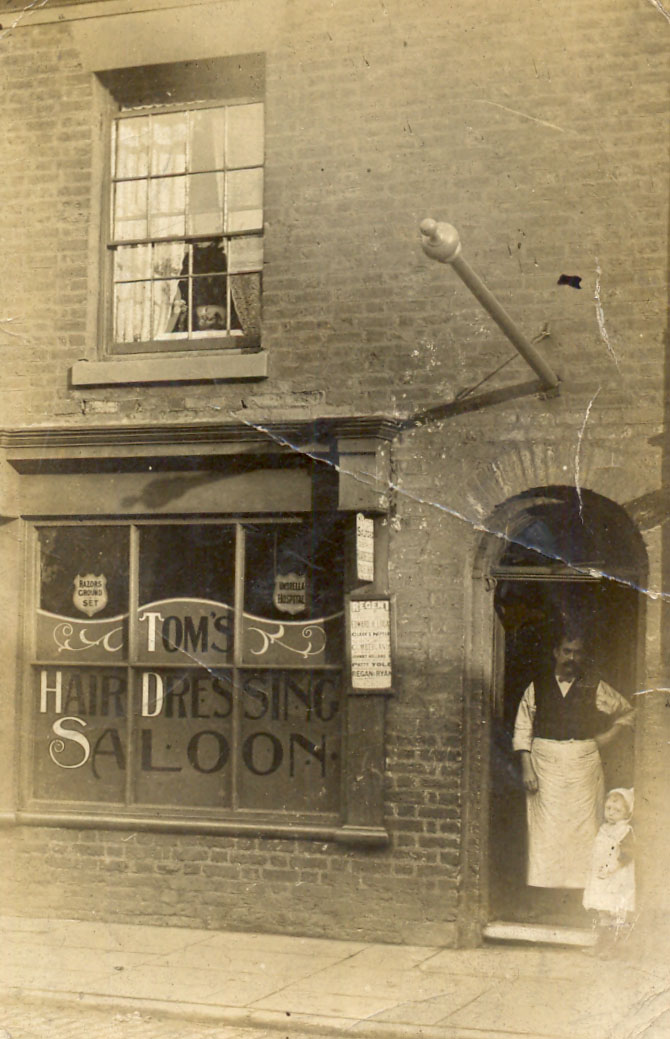 ‘They call this part “Hanky Park”’.  This was how the Salford-born writer Walter Greenwood opened his breakthrough novel Love on the Dole, published for the first time in 1933 . Although the novel is a work of fiction, Hanky Park was a real life area of Salford, roughly where the shopping precinct is situated today. It was a working class neighbourhood of closely packed terraced houses, mainly in the late 19th century. Greenwood’s novel was set in in the late 1920s and early 1930s, and follows the lives of Hardcastle family and their neighbours in Hanky Park during a period of mass unemployment and economic hardship.

Like many of the area’s real life inhabitants, the Hardcastles and those who lived around them moved through life experiencing periods of employment and unemployment and generally struggled to make ends meet whilst ‘living on the dole’. Love on the Dole became one, if not the best-known novels about working-class life published in the 1930s and has shaped understanding and depictions of Salford ever since.

Greenwood himself was born in Hanky Park in 1903 at 56 Ellor Street, which was also the barbers shop run by his father, Tom Greenwood. The photograph shows Walter and his father outside of the shop around 1906. After leaving school Walter had several jobs including a pawn shop, stables, wholesale drapers and clerks as well as a period of unemployment in 1929 to 1932.  It was during this time that he wrote the novel that he became famous for.

I am particularly struck in the photograph by the smart, well dressed first floor window in contrast with some of the well-worn brick work of the building front. The built environment plays an important role in Love on the Dole and is more than simply the backdrop against which Greenwood’s characters are played out. Greenwood described the area of Hanky Park as

punctuated with ‘public houses by the score where forgetfulness lurks in a mug’. For Greenwood it is the physical environment of Hanky Park, its pawnshops, churches, chapels and mission halls, and ‘black patches of land, “crofts” as they are called waterlogged, sterile, bleak and chill’, that shapes the lives and experiences of the people who lived there.

Love on the Dole was adapted for theatre in 1935 and a film version followed in 1941.

Hankey Park was demolished in the 1960s, and this photo shows 56 Ellor Street just before demolition.

Do you remember Ellor Street, or perhaps you or your family lived there?  Get in touch with us below.