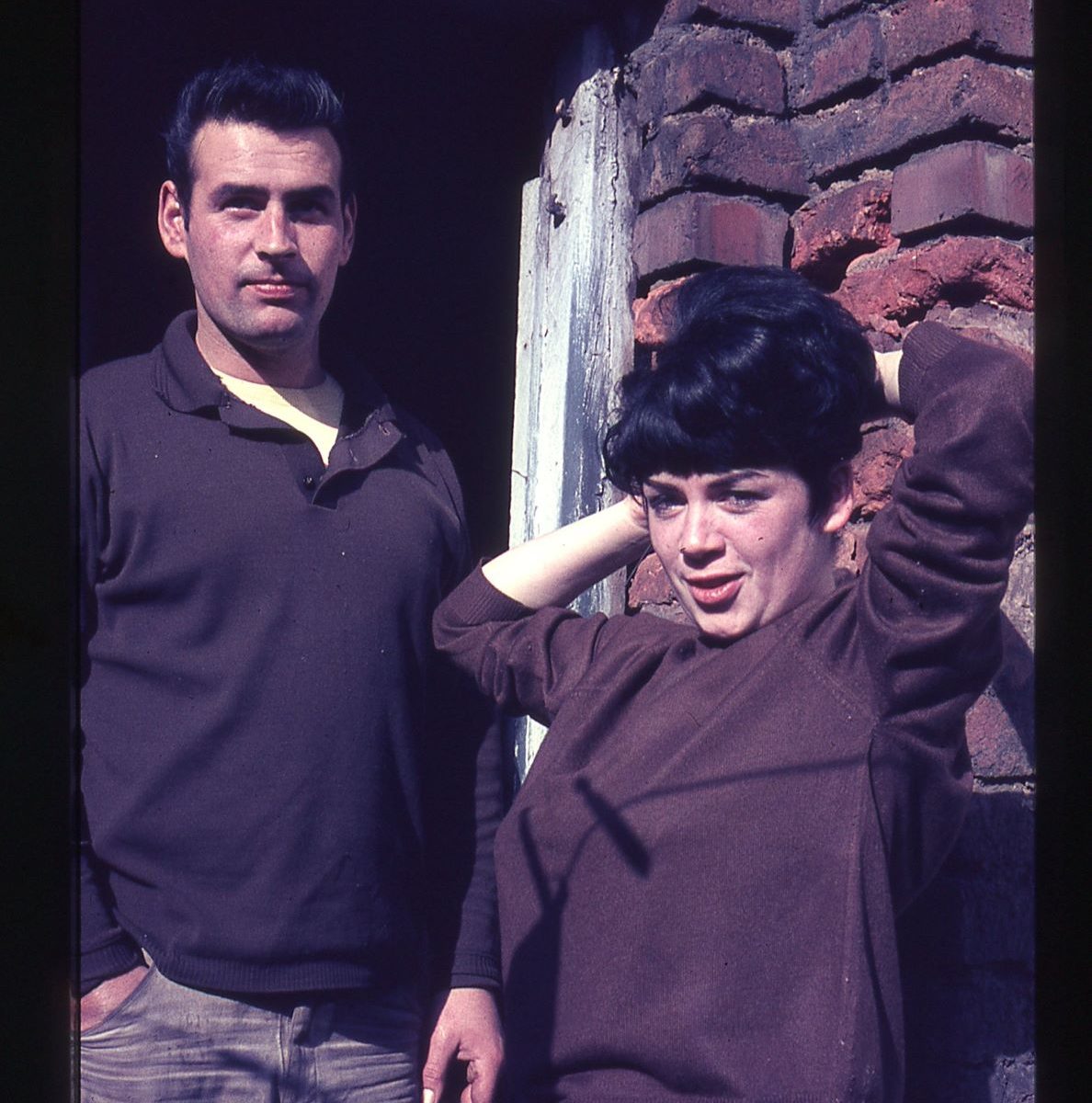 In this guest post, Marion Hewitt, former Head of the North West Film Archive, discusses the background to The Changing Face of Salford, a film trilogy created in the 1970s by John Michael Goodger, a former lecturer at the University of Salford. The films recorded the living conditions in the slums of Ordsall, Salford, which were then in the process of being demolished.

Michael Goodger’s films capture a period of great change and upheaval for the residents of Ordsall in the 1960s and 70s.  The painterly compositions of his photographs and films lend a degree of grace and dignity to the semi-derelict streets, their remaining and long-suffering residents, and some appalling scenes of squalor – nothing is set-up, all is simply recorded as found.

I first met Mike in 1988 when I was working at the North West Film Archive and collected a substantial quantity of film and other related materials which he had been holding onto since he completed these (and other) films.  He was taking early retirement from teaching at the University of Salford and, fully aware of their importance and significance, he wanted to ensure that his films were placed with preservation specialists.

Born in India in 1933, and drawing and painting from an early age, Mike lived most of his life around Parbold, and attended Wigan Art School, then Liverpool College of Art.  His watercolour paintings of local scenes are much admired, and he is also a talented pianist.  Returning from two years National Service, he taught at Wigan Art School for three years before joining the Liberal Studies Department just before the Salford Technical College and the Royal College of Advanced Technology Salford joined to become the University of Salford in in 1967. His brief was generously loose, giving him creative freedom to teach pretty much whatever he liked, and to bring photography and film to the classroom – he was off and running, and completed a related MSc in 1972.

Very much aware that the areas around the University were undergoing massive change and redevelopment, Mike began to take photographs in the streets of Ordsall in 1967 – capturing the moment in beautiful colour images of people and places.  At this time, there was the build-up to a Public Enquiry into housing conditions and the prospect of imminent compulsory purchase – people living in the community were angry and anxious.  Mike wanted to capture these heightened feelings using moving image and sound, recognizing that it was a pivotal moment in the social history of the area and needed to be recorded from the streets as well as in official business such as a Public Enquiry.

With financial support from the University to buy the necessary equipment, film stock, etc Mike embarked on the process of structuring the film and capturing the images.  The process was not without problems – Mike talks of tortuous meetings to pick over the details, obstructive colleagues, and eventually running out of money.  But the creative juices were flowing and productive collaborations with a scriptwriter (Michael Dines), a composer (Michael Allen), and local production facilities at Cinephoto, ensured the successful completion of the project.

On the streets of Ordsall it was impossible for Mike to be inconspicuous with his camera equipment.  People were curious and keen to express their views – to make their voices heard alongside the bureaucrats and inspectors.  Residents readily agreed to let Mike film them and their families, inside and outside their homes.  And all the while the children playing in the streets pestered him to take their pictures!

The Public Enquiry took place in the Town Hall in December 1967 and Mike was given permission by the Chair and Housing Inspector Frank Appleton to film the proceedings – some footage appears in part two, but the sound was unusable due to camera noise.  Mr Appleton also permitted Mike to follow him as he inspected properties – due largely, I suspect, to Mike’s ability to communicate persuasively at all levels.

By 1971, the first two parts of The Changing Face of Salford – Life in the Slums, and Bloody Slums -were finished and had been shown to Salford Council – they disliked the portrayal of Salford but reluctantly had to accept the truth they told.  Mike was invited to London to show the films at the House of Commons, and they were screened at conferences and meetings, being highly acclaimed as an important and timely record of changing times.  A third part was originally intended to show life after relocation to new flats and houses but resources had run out, as had Mike’s emotional steam, and he needed to move on.  However, the final film in the trilogy is entitled Salford: The Other Side and shows exactly that – the beautiful parks and leafy streets which illustrate that life in Salford was not all grim and grimy.  This ending was essentially forced on Mike and the University mainly to counteract reputational damage to the Council, but its production values are as high as parts one and two, and it serves also to heighten the contrast.

At the most recent public screening – at the New Adelphi Theatre on the University campus in November 2019 – an audience of (mainly) Salfordians reacted strongly to the scenes of squalor, challenging Mike (who was present for a Q&A) on the authenticity of the scenes.  He asserts emphatically that he never set up any shots and only filmed and photographed what he found.  The voices of the people he filmed back that up – they confirmed for example that the rubbish piled up due to opportunistic dumping from other places, and that while demolition went on all around those still living there in partially demolished terraces, the properties and people were essentially abandoned by the housing department and private landlords to wait for their turn to be relocated.

Now preserved in the North West Film Archive at Manchester Metropolitan University, this remarkable film trilogy is available to view online, and the films are regularly screened to public audiences, as well as footage extracts being in demand for TV documentary makers.  https://vimeo.com/showcase/6593646

There is also an interview with Mike Goodger in 2019, by George Carden who was a media production student at Salford at that time.  http://www.salfordnow.co.uk/2019/12/03/i-was-nearly-weeping-tears-mike-goodger-reveals-all-about-his-salford-documentary-50-years-on/