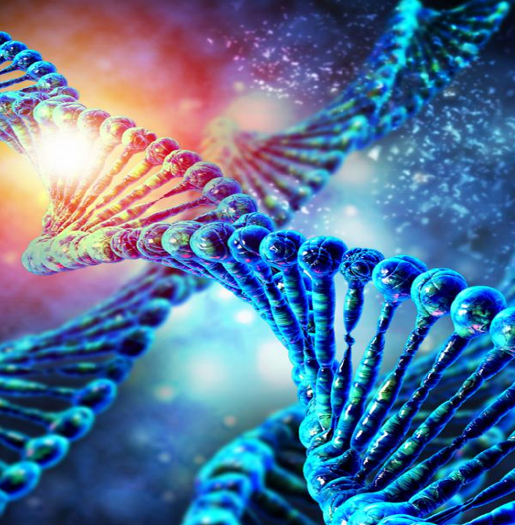 Science reveals fascinating link between our biology and the Brexit vote.

On 23rd of June 2016, 46.5 million people took to the polls across the UK and cast their vote in the European Union (EU) referendum (Electoral Commission, 2016). Less than 24 hours later the world woke up to an unexpected result with unprecedented

domestic and international implications. A democratic majority of 51.9% had voted to ‘leave’ the EU (Electoral Commission, 2016). The ‘decision of a divided country’ (Dorling, 2016) had been delivered, handing the UK government a

mandate to initiate and negotiate Britain’s exit from the union. ‘Brexit’ was born. Since then we have heard from the ‘Leavers’ and the ‘Remainers’. But the question nobody’s asking is – where were the Abstainers?!

Our politics really is a part of us – at the very deepest level.

Despite the record-breaking turnout on in 2016, there were 10 million people who did not cast a vote in the EU referendum (Electoral Commission, 2016). And you might well ask why.

Choosing to vote of course is every citizen’s right, but Under the Microscope has discovered that beneath the surface, our biological differences play a significant role in political participation.

To explore this further, we turn to behavioural genetics, and explore the relationship between our biology and behaviour (Pinel & Barnes, 2014). Behavioural genetics is an example of biopsychology at its best, investigating an integrated, three-way relationship between our microscopic make-up,brain activity and social behaviours (Funk, 2013). Within this field there has been a growing interest in ‘geneopolitics’, specifically investigating the influence of genes on political behaviour (Dawes & Fowler, 2009) And on the hunt for heritability, here’s what they’ve found… 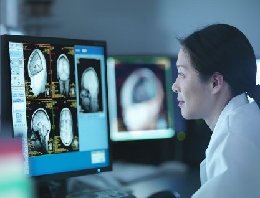 “Biopsychology is the scientific study of the biology of behaviour”(Pinel & Barnes, 2014. P28.)

Political traits are on average 40% heritable*

As political engagement and orientation tends to run in families, our individual politics has historically been considered a product of our environment, nurtured by the beliefs, attitudes and actions of those within our closest social circles (Settle, Dawes, Christakis, & Fowler, 2010)

This should not surprise us, as rates of heritability spanning a host of individual differences have consistently converged to suggest genetics account for between 40-80% of variance when it comes to human traits (Pinel& Barnes, 2014). But how could we inherit a propensity for political participation? The Human Genome holds the answers. 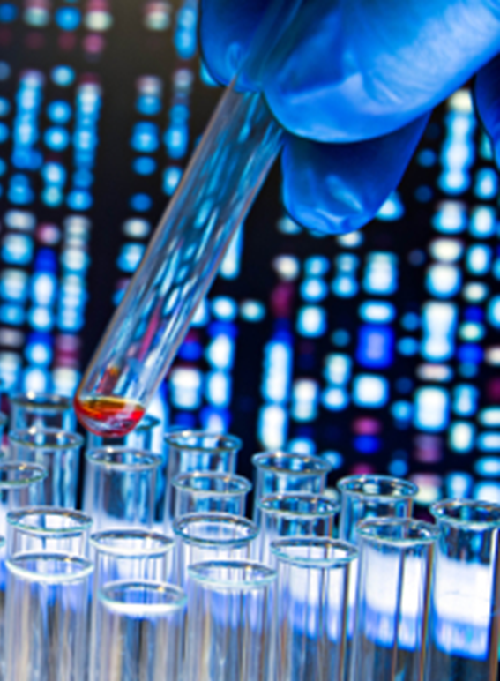 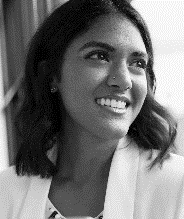 Genes are tiny units of inheritance found within our DNA, that have been passed down to us from our biological parents. (Pinel, & Barnes, 2014).

Each of us has more than 20,000 genes and thanks to The Human Genome Project, scientists have developed plenty of methods for investigating them. 99% of those genes are shared across the species and make us human, with the remaining 1% providing a genetic blueprint for our own unique, individual differences and traits (Raine, 2013). It is this 1% that behavioural geneticists focus on when searching for relationships between our DNA and political participation. That puts the findings to follow in perspective. On the one hand it has been argued that geneopolitics delivers nothing more than misleading microscopic happenstance (Charney & English, 2012). On the other, however, is a very compelling case for heritability.  (Weinschenk & Dawes, 2018). 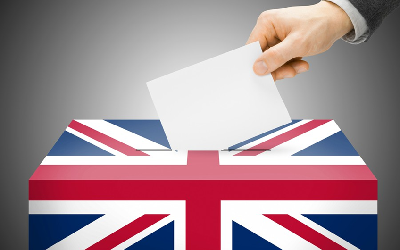 THE STORY OF THE VOTING GENE

In 2008, Dawes and Fowler carried out a genetic study to investigate associations between genes and voter turnout amongst two sets of twins. (Dawes & Fowler,2008)

Given the size of the human genome, these studies carefully consider which sections they are going to search before they begin. Fowler and Dawes (2008) decided to focus on two genes called MAOA and 5-HTT, as they had been linked to social behaviours in the past (Raine, 2013; Craig, 2007).

The results were fascinating. Across the 2,300 twins involved, both genes were found to be significantly associated with voting behaviours, providing “the first results ever to link specific genes to political behaviour” (Fowler & Dawes, 2008, p579).  In fact, they had stumbled upon two key findings at once: first that there was a strong case for a heritable, genetic influence on political participation; second they had uncovered a curious interaction. In the case of the 5-HTT gene, the positive influence on voting was only evident when combined with a key environmental factor – church attendance (Fowler and Dawes, 2008). Genes, it would seem, couldn’t account for everything. To be sure that DNA really was a driving factor in voter turn-out, the findings would need to be replicable. If the link Fowler and Dawes had found was genuine, that shouldn’t be a problem.

According to Charney and English (2012), however, replicability is a big ask from genetic association studies at the best of times, given the sheer number of biological variations involved. The pair (Charney and English, 2012) were also quick to criticise Fowler and Dawes (2008) over the methods in their study, which took participants’ word for it on whether they voted, rather than using actual voting records and  involves a sample that was not culturally diverse – increasing the chances that common  ancestry had inflated results. Indeed, when Charney and English revisited the same data to improve on the original methods,  they could not replicate the results linking these genes to political participation.

Fowler and Dawes presented “the first results ever to link specific genes to political  behaviour” in 2008.

They claimed this proved that the findings of Fowler and Dawes were nothing more than a fluke, commenting that,

“The chance any complex human behaviour, such as voting, might have one or two major disposing  genes is practically zero.”

The story, however, did not end there. In 2013, Deppe and colleagues (Deppe, Stoltenberg, Smith, & Hibbing, 2013) sought to settle the score.

Using a completely different group of participants and more stringent measures, they decided to find out whether the 5-HTT gene really was related to voting. Using a random sample of 342 people, DNA samples were compared with evidence of political engagement from government records, spanning 4 years and six elections. The results?! A scientific gold standard – Replication. 5-HTT was once again significantly related to voting. And once again, it was curiously strengthened when coupled with church attendance. Nature and nurture, it would seem, cannot be separated that easily.

But how might a microscopic gene motivate people towards the polling station? Here comes the neuroscience… 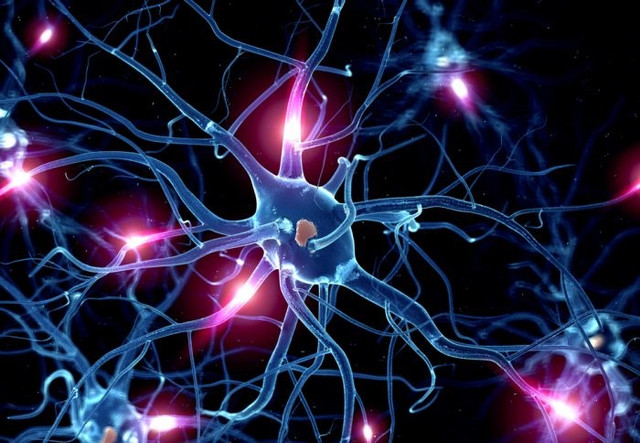 A cell in the brain called a neuron. Neurons use neurotransmitters such as serotonin to send signals to each other (Pinel, 2014). https:// www.imperial.ac.uk/news/image/mainnews2012/39644.jpg

The reason for this association may lie in the role that the gene 5-HTT plays in supporting the steady balance and effective transportation of a neurotransmitter called serotonin throughout the brain (Krebs, Weinberg, Akesson, & Dilli, 2017). By supporting communications between brain cells, there is strong evidence that the serotonin system plays a significant role in our social behaviours and characteristics (Baliciuniene & Jazin, 2001; Raine, 2013; Jost, Nam & Amodio, 2014). Given that the act of voting is considered a ‘prosocial’ behaviour (Beattie, 2017) i.e. it is undertaken to benefit wider society, the association between people with particularly efficient 5-HTT genes and higher engagement in the voting process certainly seems plausible (Deppe et.al, 2013).

What then, can we conclude? Were those who abstained from voting in the EU referendum simply missing ‘The Voting Gene’? It’s unlikely. But perhaps those of us with efficient MAOA and 5-HTT genes were more likely to turn out…we will never know.

Whilst there certainly is significant support for the role that genes play in our personal political beliefs and behaviours, they cannot

0f course wholly account for complex behaviors like political participation (Settle et al., 2010). Perhaps the key take-away is that beneath the skin of Brexit – we’re not so much divided, as biologically different. Which is exactly the way nature intended it.