The tragedy of war, and the role of media, psychology and social science 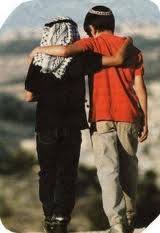 I am a social psychologist. My passion for this subject started in my second year of Undergraduate studies, when Professor Contarello invited Professor Samuel Gaertner to give a lecture on prejudice. During this lecture, Professor Gaertner talked about a series of field experiments in which he demonstrated the existence of a conscious and an unconscious path to prejudiced attitude and behaviour. I found this work so inspiring that I adopted a similar paradigm for my year 5 dissertation.

Being a Jew brought up in a mostly Catholic country, I had my fair share of discrimination, and it is not uncommon for people to choose professional pathways which allow you to fulfill personal needs. My need was to understand how group membership can be such a powerful force for hatred and discrimination. So I pursued a PhD in Social Psychology. I thought my research project – focusing on group based guilt and shame – would help resolving long lasting conflicts by suggesting new ways to address culpability and moral scapegoating. I thought my research would help to make the world a better place. Until I went to Israel for a peace conference. There, I realised that no experimental manipulation could possibly help counteracting deep seated ideas and beliefs. My colleague and friend Masi Noor was right: pointing fingers, even if only to blame the behaviour rather than the group, would not make a difference here. Masi came up with a much more helpful construct: competitive victimhood. That is, the tendency, in long lasting conflicts to compete over which group has been more victimised and is therefore in the ‘right’. It is a competition over the suffering and in his work Masi showed how this competition over victimhood prevents people to forgive each other and move on. Masi developed a Forgiveness Toolbox, which provides practitioners with useful tools to address intergroup conflict.

As for me, I started asking myself where do these ideas about the ‘evil’ adversaries and the ‘hero’ allies come from. This led me to media and media psychology. I decided to study news media and the role they play in shaping the public opinion concerning issues which are close and far from people’s doorstep. I still have a long way to go, but my hope is to develop a toolbox similar to Masi Noor’s forgiveness toolbox in which I can help people understand media and its communication strategies, in particular when dealing with conflict and major social issues. So far, I have looked at how news media relate to people’s knowledge and interest in politics, how media frame riots and global issues such as climate change, and how people respond to these news. My current Phd student, Oni ‘Wale, is looking at how technology is integrated in radio programming in Nigeria to support development goals. Media are a powerful tool for war and for peace. Awareness of this power and of its potential impact on people’s beliefs, feelings and behaviours is paramount when dealing with real-life social issues.

Take the example of the recent escalation of conflict in the Middle East: news media as well as social media are full of information – mostly biased – concerning the suffering of one or the other part, the evil acts of one or the other militias, the responsibilities of one or the other political leader. How can we make sense of this? What is the best way to approach this information? How can we use it without being manipulated by it? How can media communication help the Peace process? How can it empower people to act for the well being of their society? These are the questions I would like to find an answer to, and I hope I will, with the help of anyone of you who shares my interests and my concerns.