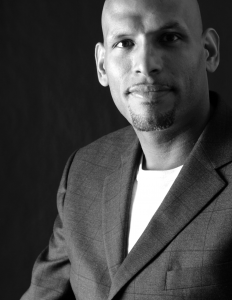 In the first of our new series of interviews, Media Psychology’s Adam Galpin speaks to John Amaechi OBE, organisational and performance consultant, psychologist, social entrepreneur, best-selling author and the first openly gay player in the NBA. As John Amaechi says himself ‘I would be upset if you could define me’, yet this is exactly what gives him his strength and incredible presence on stage. Drawing from all areas of life and experience he delivers strongly motivational messages on the themes of self-identity and communication, and the impact they have on leadership, culture and performance.

Adam Galpin: Many people have described you as having a portfolio career – following from Basketball, what’s motivated you to pursue the different aspects to your career?

John Amaechi: I think what I do now is more rewarding and intrinsically valuable than when I put a ball in a hole. That’s the first thing. Secondarily it appeals to me to be good, no great, in ways that people consider incongruous. So, you know, people do generally imagine that I’ll be an idiot before they speak to me, then they speak to me and they realise I’m not, and whether that’s because I’m Black, or because I’m big, or because I played sports, there’s any number of combinations of reasons why in most people’s heads I should be not worth much intellectually. So I enjoy proving people at least partly wrong in that department! And I like money, money’s good! My career helps me fund my philanthropy so it’s important.

…on being a Psychologist:

AG: You’re from the Rogerian, Humanistic school of Psychology.

JA: Yes, I was very fortunate – I studied under a guy called Will Stillwell who was a PhD student under Roger. And he still works out of San Diego, so I’m quite fortunate.

AG: It seems to me that the humanistic principles of personal growth and future goals really motivate you.

JA: Absolutely. I think helping people understand and realise a path for personal development beyond what they might traditionally think possible for themselves. This idea of helping people with the concept of congruence. I think for a lot of people their discontent is steeped in the way they think their life should be and the way their life is or not, are not congruent. And I don’t just mean in really trite ways, like I’m not rich and I should be rich, but in more subtle and deep-rooted ways. And the fact that I honestly think that most of Psychology is about the power of the interpersonal interaction. And whether I’m working with businesses on leadership and management issues or organisational change. So much of that is facilitated through shifting people’s interpersonal perspectives just a touch.

AG: What motivates you at the moment?

JA: It’s a chaotic world out there! Most of the people I’m working with in an organisational sense, in the corporate world are undergoing some kind of massive transformation. Huge attrition of employees, mergers of companies, the demand therefore on smaller numbers of people to do larger amounts of stuff, to expand from where we used to have people, even in a fairly modern economy people who were specialist in fairly discrete areas are now having to broaden out and do different jobs. Even things like executives who no longer have people to do their executive skills work for them – managing their day, and their diary, organising their life and such. So it’s just fascinating – every day is just something weird and different.

Plus I work in lots of different areas – politics, sport, which is extraordinarily challenging right now, especially because I’m not that interested in sport per se. I’m not a fan is what I mean. The socio-political context of sport is amazingly exciting. But I just don’t watch it.

…On the responsibilities of sports stars as public figures:

AG: What are you views of the roles and responsibilities of professional sports people and athletes, in terms of setting a strong example?

JA: I mean the fundamental truth is that it is indisputable that sports people are role models. It’s indisputable whether you’re talking about administrators, managers, coaches, board members on national governing bodies, or the actual athletes themselves or the brands and teams of athletes. All of these people are massive influences on society, and dealing with a lot of sports right now that keep saying this phrase, this meme that they’re hoping to propagate that sports is just a distillation of society and whilst there’s a truth to it, it’s so disproportionately powerful in the scheme of things. I mean it influences politics. It’s one of the few areas where people with absolutely no qualifications and no democratic mandate can influence massive world events. They are disproportionately powerful in every way that we consider in the modern world important. So they are absolutely role models. And to almost a man and woman in the major sports – the most influential sports arenas – they abdicate that responsibility, some are purposefully reckless, when they are these massive leviathans with everything they do affecting the world around them and yet they behave with such regard for their influence, it’s contemptible I think.

AG: So they carry more responsibility than many other public figures?

JA: Yes! It’s not that in any kind of any coarse or crass way that I think that Sepp Blatter [president of FIFA] is more important than David Cameron or even powerful, but he is paid attention to, when David Cameron speaks, often times, unless he says something truly controversial nobody listens, or only a tiny minority. I’m one of those idiots who watches every Wednesday at Prime Minister’s question times because I think it’s fascinating, but… most people don’t. Whereas the world watches when the next world cup is announced. The world watches when Alex Ferguson steps up to a microphone. Random people who don’t even like football that much, pay attention.   And therefore when they speak they have a larger responsibility. Or they should shut up. I have no problem with that. Shut up or say something valuable!

AG: So did your role as a prominent sports figure have an influence on your decision to come out publically?

JA: It did in a couple of different ways. One in that I wanted how I did it to be controlled and authentic, but at the same time… useful. And I didn’t want to be another martyr out there because as much as I’m promoted often as a superstar basketball player, I was a very average NBA basketball player. Which still makes me very good in the scheme of the world and certainly in the scheme of British basketball, pretty damn good! But unfortunately I wasn’t good enough that my skill alone would have protected me. And I lived in a country, well I  played, where you can be fired for being gay in 30 states. Even today. Like right now. A country where less that 20% of LGBT teachers are ‘out’ in their classrooms. Where there is a pervasive societal pressure on staying closeted. So I waited until I finished my career to come out because I thought I could handle the pressure, handle the questions, deal with the stupidity I would face. And would I get fired? Which would be not necessarily be the best message to be sending LGBT people. You can speak out, you can be out, but if you do, you get fired.

So it was a compromise, but I think the right one. For me anyway.

…On the political power of blogging:

AG: Tell me about your blog for the Beijing Olympics.

JA: Yeah, that was my first involvement with Amnesty was just prior to the Olympics, 2007. And then I told them I was going to be in Beijing with the BBC – of course I was aware of China and I knew at least what I thought was going on there – I had a briefing with several dissidents from China, along with seeing a tonne of footage which they provided from Chinese television, and it just widened the picture for me.

So I went to China with two things on my mind. One, doing my job for the BBC. Two – really looking at trying to distinguish the difference between the people of China and the government of China – two very different things. And also to talk more broadly about why it was that I was at the Olympics with some of the most powerful people in the world, and no-one was saying anything!

And I looked around me at the Olympics, and press conference after press conference – even though these people were driving passed tiny little sectioned off areas – no bigger than this room here – where protestors were supposed to be allowed to protest, and they didn’t even ask the question of why they were empty. Nobody there! And they didn’t mention any of the things that had gone on.

AG: You used blogging as a way to try to widen people’s understanding of what was going on in China?

AG: So if the traditional press weren’t picking up on any of this what do you see as the role and opportunities of social media to try and get some of this stuff out there?

JA: I think social media sometimes is the only way. I’m not one of these people who are suggestive that Facebook or Twitter are the reason for the Arab spring, however they are a conduit for communication that is less blockable and less traceable by the authorities, which means that people are more free, even people on the periphery who want some kind of change but don’t want to stick their neck out. Those are the people, those are the mass. The activists are this tiny 15% who will talk regardless of the danger and there on the other end there are the, probably, 15% who will not talk regardless of the lack of danger. The middle are this nebulous bunch who wish things were a little bit better who will talk about it and try to do something about it if it was safe. So that’s what the internet I think has allowed, and social media and blogging has allowed people to talk over barriers where perhaps you couldn’t pass because of your passport or because of other restrictions.