On the Relevance of Media Psychology

We have been asking academics, industry professionals, and prospective students what they think psychology can contribute to the understanding of media.  This post curates their thoughts on the significance and relevance of media psychology. 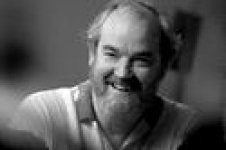 “More than in most pursuits, the media scholar can benefit in a grounding in several disciplines – from economics to cultural studies.  Psychology is particularly useful – from studies of decision making to framing, of audiences and their consumption patterns to attitude change and social perception – many key aspects of mass communication are deepened and enriched by a focus on media psychology.”

Professor Tiffen is one of Australia’s leading scholars of the media.  His teaching and research interests are in the mass media, Australian politics, comparative democratic politics, democratisation and Australian relations with Asia.  His most recent book, co-authored with Ross Gittins, is How Australia Compares (Cambridge University Press, 2009).  He is also author of Diplomatic Deceits. Government, Media and East Timor; Scandals. Media, Politics and Corruption in Contemporary Australia; News and Power; The News from Southeast Asia; and numerous articles on mass media and Australian politics. He is editor of Mayer on the Media: Selected Essays on Australian Media, and co-editor of Australia’s Gulf War.  He acted as an observer of South Africa’s media during that country’s first democratic election, and has worked with the Australian Broadcasting Corporation (ABC) reviewing Radio Australia.  He currently holds an ARC Discovery Grant to analyse changes in the Australian press’s political reporting over the last 50 years.

More to come – watch this space!