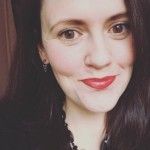 Judy Kendall, Reader in English and Creative Writing at Salford, has been invited to act as one of the two judges for the haiku section of the 2021 British Haiku Society Awards. She will be working with Ron C Moss, an acclaimed and award-winning Australian poet and artist who composes both haiku and haiga (art combining brush painting, haiku and calligraphy).

Judy has a long-standing strong interest in Japanese aesthetics, stemming from her seven years lecturing at a Japanese university in Kanazawa. She is currently the essays, reviews and bilingual haiku editor of the UK’s main independent haiku journal, Presence, and runs the Yorkshire/Lancashire haiku group, in which a number of distinguished haikuists participate, She has also won international haiku and haibun (a combination of prose or prose poem with haiku) awards. Here is the haiku she wrote on a commute to Salford (or more accurately an ironic ‘senryu’) that was selected for the galaxy of dust Best Global English Language Haiku of 2015, Red Moon Press.

travelling light
i will my neighbour
to turn the page

She is also well-known in Todmorden for her vegetable haiku banners that decorate various public parts of town, such as this.

taken apart, the cabbage
becomes all heart
and leave

This ‘cabbage’ poem, and other vegetable haiku feature in her insatiable carrot vegetable and gardening poetry collection.

The British Haiku Society awards, are open to the general public worldwide and made annually, with money prizes donated by the Society. There are separate awards for haiku, haibun and tanka. Awards under this name have been made since 2010 but began as the James W. Hackett Award (est. in 1991). James W. Hackett judged the awards with another judge nominated by the BHS up to and including 2009. It is an honour to be chosen to act in his stead this year.